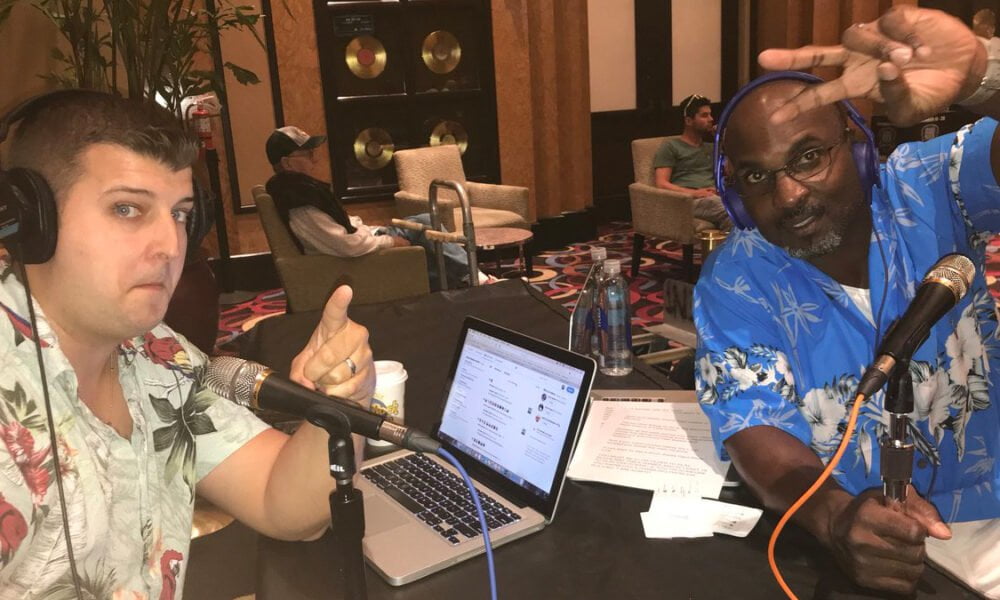 There’s a new radio station in Dallas that features a number of familiar personalities to local sports radio listeners. 97.1 The Freak made their highly anticipated debut and the first voice to be heard belonged to “Old Gray Wolf” Mike Rhyner.

97.1 The Eagle halted regular programming late Monday morning and began delaying, a technique radio stations use to separate listeners from old programming and prepare them for new content. The station began by playing songs containing the word “freak” before switching to a continuous loop of Tom Petty’s “The Waiting is the Hardest Part” until 3 p.m. CT. Then a voiceover detailing the Eagle’s story cut to the voice Dallas-Forth Worth locals know so well, Mike Rhyner.

“So where were we?” began Rhyner.

Rhyner then relived his final moments at The Ticket in Dallas. He said he was starting to “be a Paw Paw” before he got a call from Ben Rogers from the Ben and Skin show and so an idea for The Freak began to take shape.

After that, the show’s intro music played and Rhyner welcomed Mike Sirois and before you know it the guys were wondering about a quarterback controversy in Dallas.

97.1 The Freak is on the move with a lineup that includes “The Speakeasy,” featuring Jeff Cavanaugh, Kevin “KT’ Turner, Julie Dobbs and Matt Cather in the mornings (7 a.m. to 11 a.m.), “Ben & Skin Show” at noon (11 a.m. -3pm) and “The Downbeat” in the afternoon (3pm-7pm) featuring Mike Rhyner alongside Mike Sirois and Michael “Grubes” Gruber.

The station positions itself as a lifestyle brand, but given its talent connection to local sports radio and the strong interest in Dallas sports, it’s likely talent will incorporate sports into their discussions at the antenna. Sports Radio 1310/96.7 The Ticket and 105.3 The Fan have enjoyed strong ratings with males 25-54 and The Freak is set to challenge them and all other brands producing spoken word content.

“We’re thrilled to introduce 97-1 the Freak – the level of talent is insurmountable, and we’re thrilled to have the opportunity to further connect with Dallas Fort Worth,” said Patrick Davis, regional senior vice president of the Dallas lineup. in an ad.