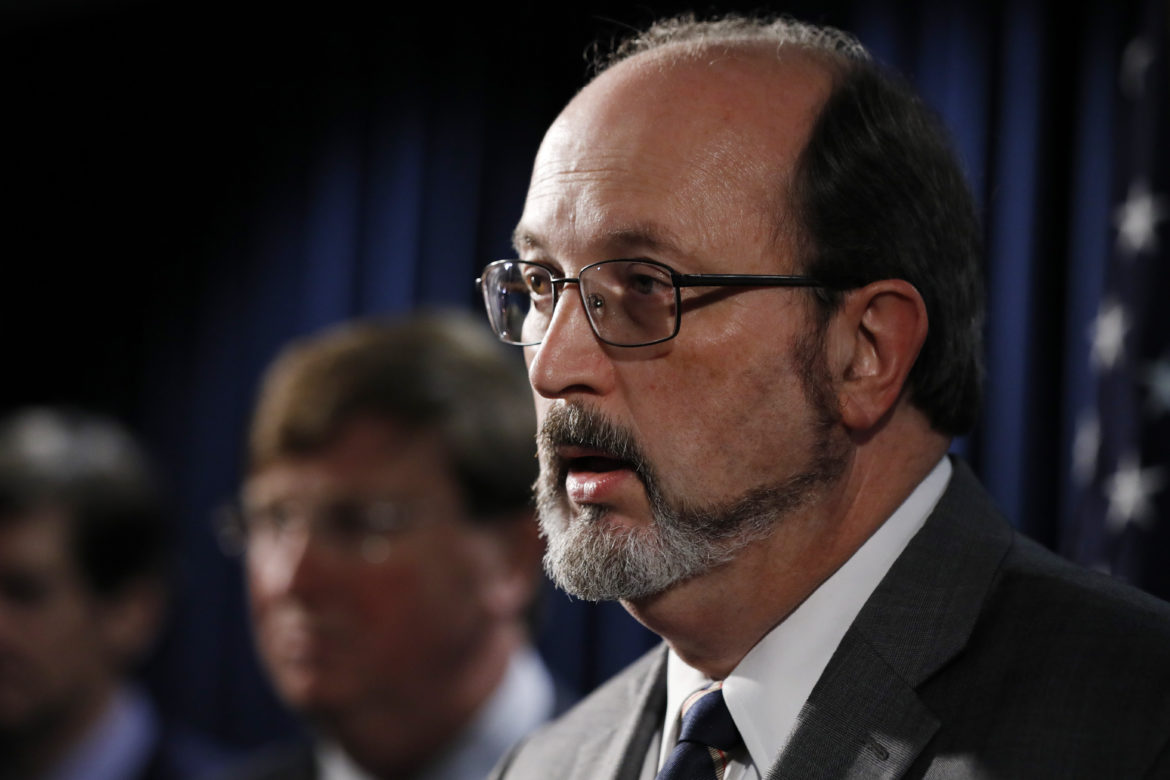 The welfare chief says a surprise subpoena led to the lawyer’s firing. Emails show it was no surprise.

Mississippi Department of Human Services Director Bob Anderson said he pulled attorney Brad Pigott from the state’s ongoing civil lawsuit in the welfare scandal because Pigott failed to consult the agency before filing a recent subpoena naming the former governor.

But a July 1 email obtained by Mississippi Today shows Pigott sent a draft copy of the subpoena to both the attorney general’s office and the welfare agency’s general counsel – 10 days before dropping it off.

On July 11, Pigott filed a subpoena against the University of Southern Mississippi Athletic Foundation for his communication with several key players in the case, including former Governor Phil Bryant and retired NFL quarterback Brett. Faves. He also subpoenaed Supertalk, a high-powered conservative talk radio network, for interviews with defendants in the lawsuit.

The athletic department had received $5 million in social funds from nonprofit founder Nancy New to build a new volleyball stadium in Favre’s name — the biggest known purchase in the scandal.

But the USM Athletic Foundation and Supertalk, both of which received social benefits that listeners questioned, were not named as defendants in the lawsuit.

“Please review these DRAFT subpoenas to 2 non-parties, which you and I have only spoken to in general terms,” ​​Pigott wrote in the July 1 email to Assistant Attorney General Stephen Schelver, in copying MDHS attorney Patrick Black. “Let me know if you have any changes.”

On Friday, the week after Pigott filed the subpoenas and Mississippi Today first published them, MDHS abruptly dropped him from the case.

MDHS has hired Pigott, a former U.S. attorney who filed a civil suit against 38 people or companies in early May, under a one-year contract that was set to expire on July 30. aimed to help the most needy residents of Mississippi. While Pigott’s client was MDHS, the Attorney General’s office approved Pigott’s contract and is included as counsel in the lawsuit.

Attorney General’s Office spokeswoman Michelle Williams told Mississippi Today on Saturday that her office was not involved in decisions about who MDHS should represent the agency.

However, the governor’s office, which directly oversees MDHS, was.

“Although the governor was not closely involved, the governor’s office worked closely with DHS throughout our efforts to recover fraudulent expenses that occurred before Reeves’ term began,” reads -on in a statement released Saturday by Reeves’ office. “This included discussions about the decision not to extend Brad Pigott’s contract. DHS did an excellent job explaining the myriad reasons why a more professional, full-service law firm was needed. Recover TANF funds stolen is a priority for DHS, and we always engage with our agencies on their priorities.

Pigott said the MDHS did not give him a reason why he would not stay on the case, but told him the decision was not indicative of the quality of his legal work. Pigott told Mississippi Today he believed his firing was politically motivated.

On Saturday, a day after Mississippi Today broke the news of Pigott’s firing, the MDHS issued a statement saying that Pigott had “made decisions regarding the litigation and filed pleadings without any prior dialogue with MDHS officials.” .

“Although the USM Athletic Foundation is not yet a party to this matter, Brad Pigott issued a detailed subpoena to this entity without any prior discussion of the matter with MDHS,” Anderson said in his statement. “Lawyers represent clients, and MDHS is the client in this case. I hope I don’t need to explain that a lawyer must stay in close communication with his client at all times. Any review of the complaints filed with the Mississippi Bar will reveal that communication – or lack thereof – is at the center of many of these complaints. When it becomes apparent that the client and attorney are not on the same page, the client has every right to find another attorney.

Anderson’s statement appears to confirm Pigott’s suspicions that he was fired because of his subpoena on the athletic foundation and his attempts to respond to how $5 million in federal funds from a program of fight against poverty have been converted to build a volleyball stadium. It was a project Bryant was aware of, Mississippi Today previously reported.

“All I did, and I believe all that got me fired from representing the department or having anything to do with the litigation, was to try to get the truth out of everything. that,” Pigott told Mississippi Today hours after he was fired on Friday. . “People are going to go to jail for this, at least the state should be ready to find out the truth about what happened.”

“Firing Pigott is a mistake,” White wrote. “From the outset of this case, I said it was important that a bipartisan team look into this case. This is one of the many reasons I gave our findings to the Hinds Co prosecutor, who is a Democrat. I also, of course, gave my all to the FBI. Pigott worked well with my office, communicating with us regularly about the status of the case and how we could share information. I hope that Pigott’s dismissal will not delay the recovery of the millions of mis-spent social funds that we have identified in our audits.

The MDHS statement said the agency will retain a new attorney and the move does not alter its commitment to recovering mis-spent TANF funds.

“I’m sure they can find a loyal Republican attorney to do the job,” Pigott said Friday.

We want to hear from you!

By listening more carefully to and understanding the people who make up Mississippi communities, our reporters have put a human face on how politics affects Mississippians every day. We listen carefully to our readers to help us continue to align our work with the needs and priorities of people across Mississippi. Please take a few minutes to tell us what you think by clicking the button below.

Republish our articles for free, online or in print, under a Creative Commons license.