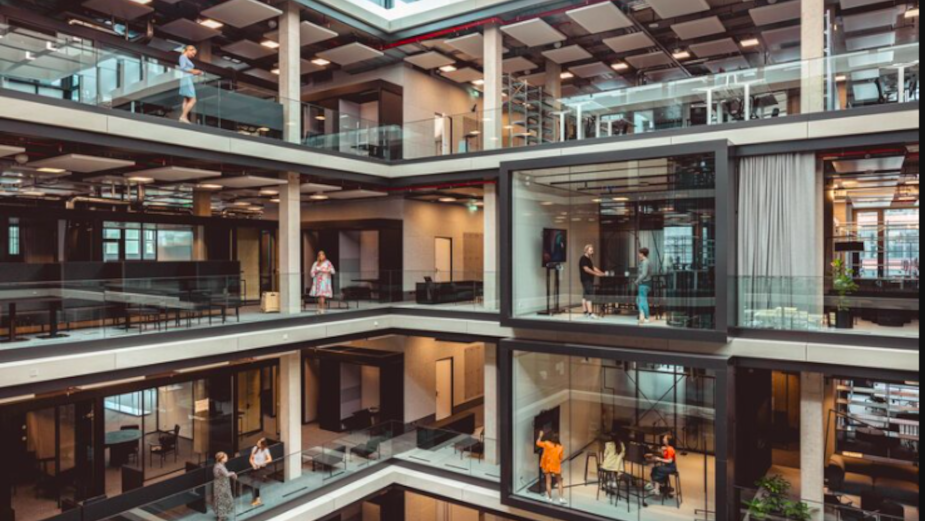 In the financial year (2021/2022) ending in June 2022, Serviceplan Group, the largest owner-managed agency group in Europe, achieved a turnover of 623 million euros, representing a increase of 28% compared to the 488 million euros of the previous year. This is therefore by far the best result recorded since the company was founded in 1970.

Florian Haller, CEO Serviceplan Group, comments: “Even in a market characterized by uncertainty, volatility and a shortage of qualified professionals, our concept of ‘House of Communication’ has amply proven its unique operational and creative potential. As a result, we are able to attract the most sought-after talent in the industry to our team.”

Florian Haller underlined that this result was only possible because the Group’s “House of Communication” culture was as successful in competing for the best talent as it was in retaining and winning relevant clients. The Serviceplan Group challenges the shortage of specialists in the agency sector and currently employs more than 5,000 people at 16 locations worldwide. These numbers also represent a healthy increase of 13% over the previous year.

Florian Haller, “The past financial year was also the “Year of talents”. Starting from a strong position, we were able to offer internal professional development to senior management, while injecting a certain dynamism into key strategic jobs. the roles.”

Serviceplan Group reported notable new additions in almost every area over the past twelve months: Jerry Buhlman, an agency executive with worldwide experience, is a new member of the Supervisory Board; Christian Schmitz, former member of the management of Accenture, is in charge of Plan.Net International; Birgit Baier, executive with international experience, takes over the management of Plan.Net Berlin; in the Strategy Department, Stefanie Kuhnhen is giving new impetus to the entire agency; Stefan Schütte, top agency manager, takes over the management of Saint Elmo’s Group; Experienced Serviceplan Manager Karin Maria Schertler is the new Chief People Officer, and within the Mediaplus Group, Andrea Koch has been promoted to Managing Director of Mediaplus Hamburg.

Florian Haller comments: “By being able to attract or develop many talented people to our team with expertise in different disciplines, we have established a critical success factor for future growth. a team.”

From a creative point of view, the 2021/22 financial year was the most successful since the creation of Serviceplan in 1970. Serviceplan Group was named “Independent Network of the Year” and Serviceplan Germany named “Craft Agency of the year” at the Cannes Lions International Festival. of Creativity 2022.

The band currently top the Horizont and W&V creative charts in Germany and are celebrating historic success with one Grand Prix (PENNY, ‘The Wish’) and one Titanium (Dot Inc., Dot Pad), four gold, three d silver, and three bronze Lions.

For Alexander Schill, Global CCO of Serviceplan Group, however, one award is particularly indicative of the Group’s strong development: “Being named Independent Network of the Year at Cannes is of immense importance to us. It is an expression of everything that is important to us and what makes us who we are: independence, internationality and an uncompromising creative approach to every task. This award from the world’s largest festival of creativity is the crowning achievement of the work of all our colleagues and will provide long-term international visibility.

In addition, other divisions of the Group have shone in major awards and rankings

For the third year in a row, the Mediaplus Group has been named Media Agency of the Year at the W&V German Media Award (“Deutscher Mediapreis”). With 52 trophies to its credit, Mediaplus has once again defended the top spot as the most successful agency in the history of the German Media Award in the current ‘RECMA Qualipack Report’, with the maximum rating of ‘Dominant ‘ and ‘A’, Mediaplus not only occupies first place among German agencies, but also tops the international quality rankings for the 75 most important freelancers.

In the current ranking of BVDW Internet agencies, the Plan.Net group is in second place, thanks to a considerable leap in turnover. According to a study by market research company Lünendonk, the group also ranks among the leading providers of digital experience services. In the BVDW “Digital Transformation and Strategy” sub-ranking, Plan.Net also gained three places compared to the previous year and now ranks in the top three. Together with the Serviceplan agencies, the Plan.Net group was once again selected as the most creative digital agency.

Creative & Content, Experience & Commerce, and Media & Data – these modules are designed as an integral part of the Houses of Communication. They are implemented individually and in an agile manner in accordance with customer requirements. During the past financial year, the tailor-made agency concepts of ‘Serviceplan Bubble’ (O2 Telefónica), ‘The Marcom Engine’ (BMW) and ‘Serviceplan Docks’ (Tchibo) continued and are a remarkable testimony to the ability Serviceplan Group’s innovation strength as a provider of integrated communication services.

Florian Haller is convinced that tailor-made agency concepts will determine the future relationship between the agency and its clients: “Our clients have to survive in ever more complex markets. As an agency partner, we need to be the “enabler” and create a bespoke yet scalable personalized solution for each client, not only designed for the client’s needs and goals, but also for the volatility and uncertainty of the markets. . In the coming year, we will refine our Group’s pioneering range of services.

Consistent internationalization in times of uncertainty

With a turnover of 148 million euros and growth of 22%, Serviceplan International makes a considerable contribution to the overall success of the group. In this area, the Mediaplus Group has given a strong impetus to growth. In addition to the new organization of Mediaplus US, the Group has laid the foundations for sustainable growth in Scandinavia with the opening of the new office in Stockholm. The launch of Mediaplus Realtime gave further impetus to internationalization. With this integrated, data-centric consulting, knowledge and fulfillment hub, the agency group brings together all the resources from around the world for real-time, globally scalable campaign planning and execution. Additionally, with Medianest, Mediaplus has established a nearshore hub, operating out of Warsaw and supporting research, performance and social operations across all markets. Even in times of war in Ukraine, ongoing pandemic situation and uncertainty in global politics, the desire is to stick to the internationalization strategy in major key markets in the future.

Florian Haller, CEO of Serviceplan Group, says: “It’s not the end of globalization; it is simply modified and stimulated more and more by digitization. Therefore, we adhere consistently, yet flexibly, to our strategy of maintaining our presence in all key markets around the world. As a partner agency alongside our clients, we see our main tasks for the future as reducing complexity and setting standards in the metaverse and in real time. In doing so, we will ensure that our unique Serviceplan culture can be lived by the next generation of communications talent. We have taken an important step with our new Communication House in the Werksviertel in Munich. We’re giving a very clear picture here of what the future of integrated agency work looks like.”