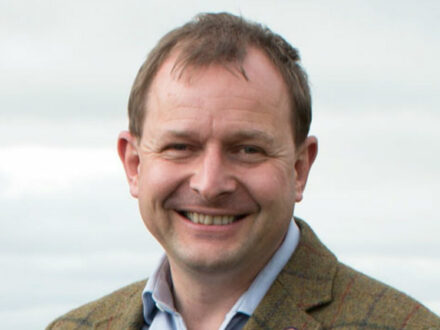 District Councils’ Network chairman John Fuller (Con) called social care “an anchor for local government” and asserted that if the responsibility for the service is removed from the councils, then “the purpose of local government becomes clear â€.

Cllr Fuller was speaking Tuesday at a session of the House of Commons Committee on Public Administration and Constitutional Affairs on English devolution. His comments have already aroused the ire of at least one county council official, who accused Cllr Fuller of “selling the area down the river.”

Cllr Fuller, who is also the head of South Norfolk DC, told MPs: ‘It is strange that social care, which is absolutely a tail wagging the dog – it is the most expensive – is heavily tied to local government .

â€œIt’s so distorting. Half or two-thirds of the income is spent on this one thing, which can benefit 2-3% of residents at any time. Take away social care and the purpose of local government becomes clear. It is about fostering the best environment for living and raising a family, the best environment for developing a business and generating wealth and taxes as well as a safety net. Some of this is lost again.

Cllr Fuller, also vice chairman of the board of directors of the Local Government Association, also said of social assistance: “It has become a financial cornerstone … which acts as an anchor for local government. There must be a regulation there. If social assistance is to go hand in hand with health service, as the press reports suggest – we are all in the dark about that – the objective of the local government then becomes absolutely clear.

“It’s about the economy, the environment and, yes, skills, and having the best possible environment to build a national economy, a local economy at a time.”

Yesterday, the new health secretary, Sajid Javid, told the Association of Local Authorities conference that the government will define “the general direction of the direction” of its social care reform plans “very soon”, but would not go into full details until a later date.

Buckinghamshire Council chief Martin Tett (Con) told the committee that social care is “very well placed at the local level” because it is “such an integral part of the health program”.

â€œTrying to separate them is difficult and, by operating on a territorial basis, you can examine the different determinants of health relevant to your area, which may be very different from a neighboring town or a neighboring coastal town,â€ he said. he declared. â€œThe ability to refine your health outcomes and, therefore, your health commissioning is important. This is inextricably linked with the social care agenda, as social care is not only about the elderly …

Cllr Tett described the current state of governance arrangements in England as â€œconfusing and potentially dysfunctionalâ€ due to its â€œrather bewildering arrayâ€ of different authorities.

Meanwhile, South East England Councils Network chairman Roy Perry (Con) called for â€œthe powers that have been devolved in Walesâ€ to devolve locally in England. [the south east] all as one region or whether we would consider a county base is a matter for others to decide. As long as you have a sufficient population and economic base, I don’t see why you can’t look at the kind of powers that the Welsh Assembly and Welsh Government have.

Cllr Fuller also argued that there is “too much about managerialism in local government”, with “a dismal descent into the language of numbers and large-scale spreadsheets”.