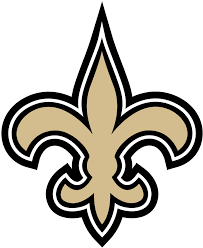 The Saints fell to 1 and 2 this season as they played an error-filled game in Carolina and lost to the Panthers 22-14 on Sunday. New Orleans coach Dennis Allen points to the three turnovers and seven penalties.

“We fight, we fight with penalties, we fight turning the ball over and it has to stop,” Allen said.

Alvin Kamara’s first-quarter fumble that was returned from 44 yards for a touchdown set the tone for the game.

“We had a lot of new plays and we really didn’t get the chance to work as much in training camp as we would have liked, but we have a job to do, we have to play better, we have to perform better. “, said Allen.

New Orleans quarterback Jameis Winston threw for 353 yards, but he threw for two interceptions and the Saints were held scoreless for three quarters. Allen says all the blame for the offense’s problems shouldn’t be placed on Winston.

“There are enough mistakes to go around that I really don’t want to go, I feel confident with Jameis, we definitely all have to do better and that’s what we’re going to do,” Allen said.

The Saints travel to London to take on the Vikings 2v1 next Sunday.