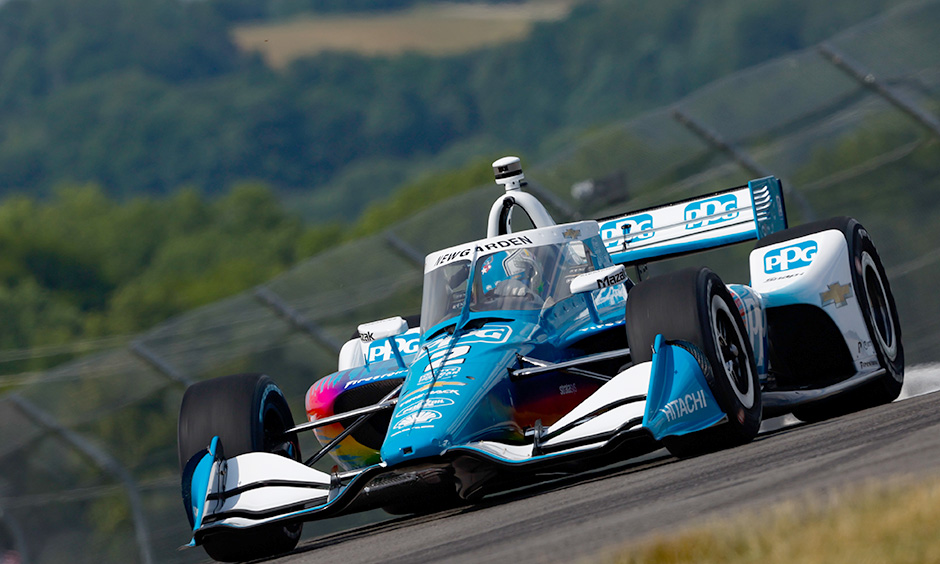 The two-time winner of this permanent road course picked up where he left off in the last NTT INDYCAR SERIES race – at Road America – by topping the practice charts here on Friday in the day’s only session in preparation for Sunday’s Honda Indy. 200 at Mid-Ohio presented by the all-new 2023 Civic Type R (12:30 p.m. ET, live on NBC and the INDYCAR Radio Network).

Newgarden’s three season-leading wins came at Texas Motor Speedway (March 20), the streets of Long Beach (April 10) and Road America (June 12). The weekend before Road America he won the NTT P1 Award for pole at The Raceway in Belle Isle Park.

Newgarden is also the defending winner at Mid-Ohio.

“The car feels really good,” he said. “I think the (temperatures) definitely slowed the speed of the trap, and it felt very difficult to drive the car today to get it up to temperature.

“I’m relatively happy. I think our car was fine out of the truck.

Indianapolis 500 presented by Gainbridge winner Marcus Ericsson, who finished second in this race in 2021, finished the day fourth in the #8 Honda Ridgeline Lubricants at 1:07.3720, and Colton Herta rounded out the Honda’s top five Gainbridge #26 for Andretti Autosport with Curb-Agajanian at 1:07.4998.

David Malukas was the fastest rookie in the session, finishing eighth with a best lap of 1:07.5361 in the #18 HMD Honda for Dale Coyne Racing with HMD Motorsports. He completed 26 laps in his first NTT INDYCAR SERIES session at Mid-Ohio.

“Everything from our side, I think it was very good,” Malukas said. “From start to finish this session was good. Mid-Ohio is so special because every time you go out on the track the feeling is completely different and the track conditions to start the session were to say the least very difficult.

The 27 riders in the peloton battled through the summer heat, with several riders noting how difficult the 90-degree day was. After practice, Newgarden said he had “rarely been this hot in the car”.

While two-time NTT INDYCAR SERIES champion Newgarden beat defending series champion Palou by more than two-tenths of a second, the rest of the field was much more compact, with first and 20th separated by just 1 second. .

The only incident of the session came with about 40 minutes to go. Two-time Indy 500 winner Takuma Sato lost control of the #51 Honda Nurtec ODT in Turn 1 and swerved into the gravel trap.

Sato’s Dale Coyne Racing with the RWR machine suffered no significant damage, and he continued on to pit lane as the track passed under red flag conditions.

The only other off course excursion took about 25 minutes to practice. Andretti Autosport’s Romain Grosjean spun around Turn 12 in the #28 ForeverLawn/DHL Honda. He kept the car powered up and no red flags were thrown.

The NTT INDYCAR SERIES is back on track at Mid-Ohio on Saturday with Practice 2 at 9:30 a.m. (ET), followed by the NTT P1 Award pole qualifier at 2:45 p.m. Both sessions will be live on Peacock Premium and INDYCAR Radio Network.