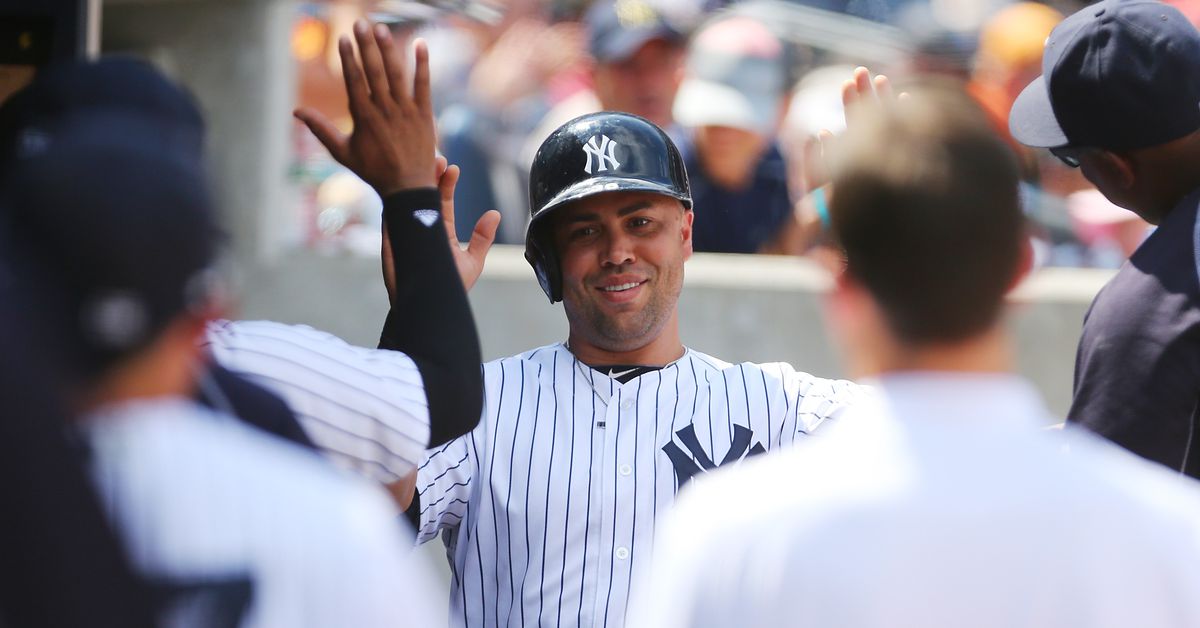 Illustrated Sports | Max Bonman: David Cone’s decision to start broadcasting games for ESPN has left an expected opening in YES Network broadcasts, and at least one former Yankee has now been tapped to fill the role – Carlos Beltrán. He will serve as an in-game analyst, appearing on 36 shows, according to YES Network’s Jack Curry. Beltrán is known for his knowledge of the game, which largely influenced his perception as a future manager until his participation in the Houston AstrosThe sign-stealing scandal cost him this role for the Dishes. A little fresh blood sure couldn’t hurt YES in my opinion, so let’s hope Beltrán pulls it off.

NJ.com | Brendan Kuty: Luke Voit’s fall from offensive star and fan favorite in 2020 to often-injured bench player in 2021 has been well-discussed. And while the Yankees front office hasn’t said anything to indicate Voit will be the starter at first base next season, the big hitter is working to shake off the injury bug and return to the role. Voit took part in a new training regimen to strengthen the knee which caused him repeated problems. Voit is reportedly ready to start the season and is looking to play a full season of games. If he can find that old spark, the organization would definitely like to see it.

MLB.com | Jim Callis, Sam Dykstra and Jonathan Mayo: MLB analysts predicted which prospect from each club would be ranked No. 1 in 2024. For the Yankees, their pick was shortstop Roderick Arias, who the Yankees signed as an international free agent earlier this month. They describe him as a five-tool player whose striking ability, forward arm and over arm could make him a star at shortstop. All of this sounds unbelievable, of course, but Arias is only 18 years old. Still, hopefully they’re right and we’ll see him top the prospect lists sooner rather than later.