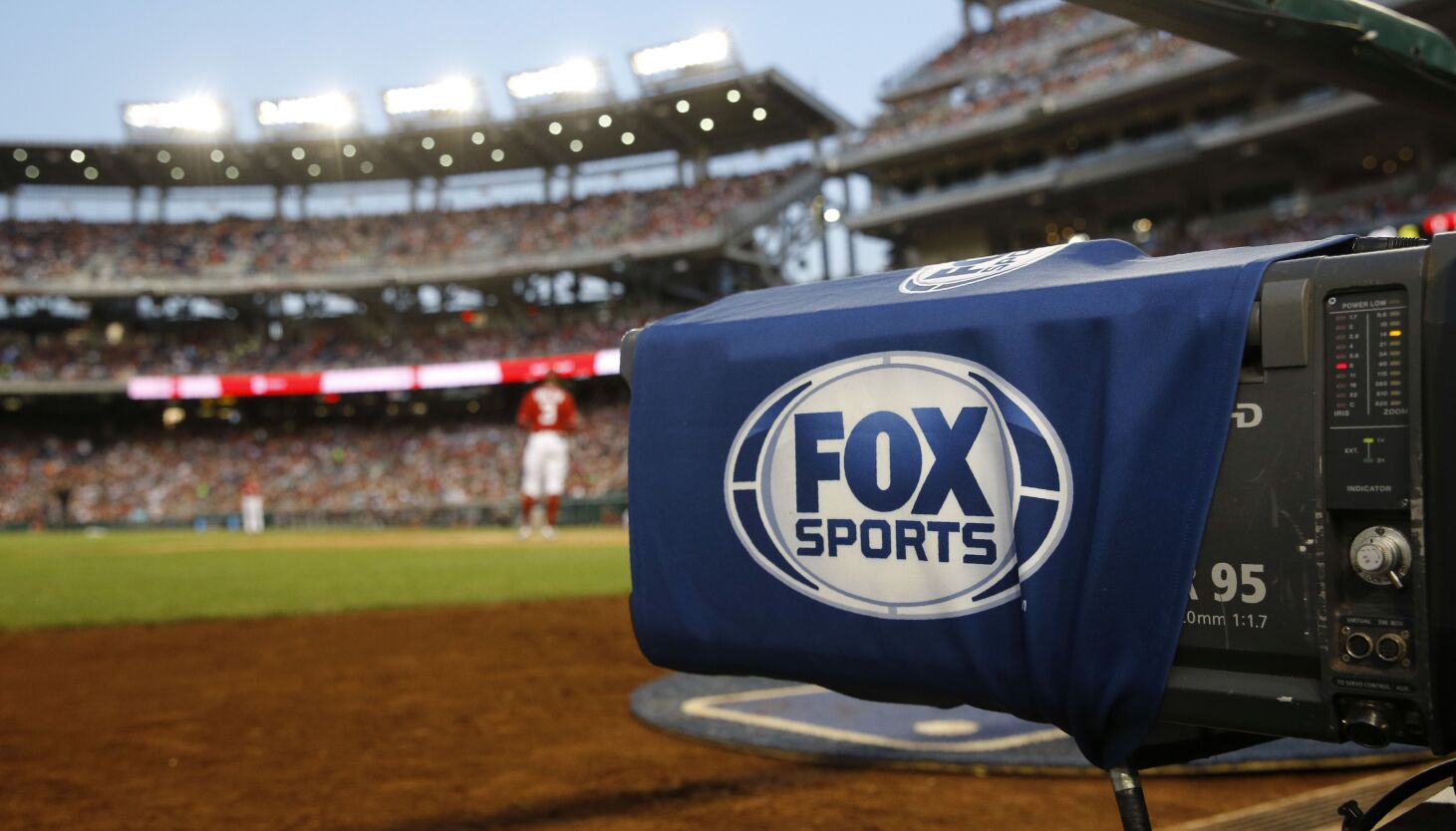 MLB Broadcast Primer: Where will Cubs and White Sox games appear this season?

When the Cubs created Marquee Sports Network to broadcast their games, they said convenience was a factor. In the season leading up to the network’s 2020 launch, local Cubs TV shows appeared on ABC 7, NBC Sports Chicago, NBCSCH+ and WGN. And a game scheduled for ABC 7 has moved to WCIU to host the season finale of ABC’s “Bachelor in Paradise.”

So yes, having around 150 Cubs games on the same channel is definitely more convenient for fans. (It’s also more expensive, but that’s another story.) The same goes for the White Sox, who made NBCSCH their exclusive home in 2020 after airing a set of games on WGN for years.

But MLB has other plans to broadcast games, and they are undoubtedly inconvenient for fans. Starting this season, the games will appear nationally on Apple TV+, ESPN, Fox, FS1, Peacock, and TBS. Add your regional sports network of choice and you could watch your favorite team on seven platforms throughout the season. (ESPN+ and MLB.TV will also offer games but with local blackouts.)

Certainly, we are not talking about a large number of games. The Cubs and Sox are scheduled for nine exclusive appearances away from Marquee and NBCSCH, respectively. The networks haven’t finished their broadcast schedules, so those numbers could go up.

What we know: Fans don’t like the change, and this handful of affected games will become a problem if fans can’t find them.

The following is an introduction to broadcasting baseball. It explains what’s in store on TV and radio for Cubs and Sox games, as well as what to expect from the multitude of national networks.

Jon “Boog” Sciambi and Jim Deshaies return as the main tandem, with Taylor McGregor and Elise Menaker as field reporters. Radio voices Pat Hughes and Beth Mowins will replace Sciambi on some games. Hughes takes over on Sunday, when Sciambi calls “Sunday Night Baseball” on ESPN Radio. Ryan Dempster, Doug Glanville, Rick Sutcliffe and Menaker will contribute to the booth and the studio.

Hughes, Ron Coomer and Zach Zaidman are back. When Hughes is in the TV booth, Zaidman will fill in. Afternoon co-host Matt Spiegel will again call a few fifth innings. He and Mike Esposito will also handle some pre- and post-game broadcasts. After performing well in spring training shows, Menaker could replace Coomer on a few games.

The Sox television crew returns in full, with Jason Benetti and Steve Stone calling the action and Chuck Garfien, Ozzie Guillen and Frank Thomas working in the studio. Former Sox Scott Podsednik and Gordon Beckham will join the team throughout the season. Radio voice Len Kasper will be on TV for 20-25 games, replacing Benetti or Stone.

For Friday’s season opener in Detroit, NBCSCH will air a one-hour pregame show beginning at 11 a.m. The network will do the same for the home opener on Tuesday, with the show beginning at 2 p.m. Normal pre-game shows are 30 minutes long.

Kasper and Darrin Jackson are back in the booth, and Connor McKnight will take over hosting the pre- and post-game shows. McKnight will also handle play-by-play when Kasper is on TV. In addition to his NBCSCH games, Kasper is expected to call five games for Fox, including four with the Sox. ESPN 1000 will continue its two-hour “White Sox Weekly” show throughout the season. The Sox’s radio network expanded to a record 25 affiliates in eight states.

Apple is making its games FREE to anyone with internet access without needing a subscription – for a limited time. Apple’s “Friday Night Baseball” doubleheaders begin this week with Mets-Nationals and Astros-Angels. The games will be available on devices where Apple TV+ can be found, including iPhones, iPads, Macs, Apple TVs, smart TVs, game consoles and cable boxes.

Apple’s deal is exclusive, meaning the Cubs and Sox won’t appear on Marquee or NBCSCH, respectively, when their games are selected. In the first half of the season, these games are:

The network revamped its “Sunday Night Baseball” TV booth, moving into play-by-play voice Karl Ravech and analyst Eduardo Perez and hiring analyst David Cone, who calls the Yankees for YES. Journalist Buster Olney is the only returnee. The Cubs and Sox are scheduled to “SNB” once each so far: The Cubs host the Dodgers on May 8 and the Sox visit the Yankees on May 22.

Hoping to replicate the success of its Manningcast for “Monday Night Football,” ESPN has paired the voice of Yankees TV Michael Kay and former “SNB” analyst Alex Rodriguez for an alternative presentation of select games on ESPN2, at from Sunday. Neither the Cubs nor the Sox are scheduled to appear on the Kay-Rod show.

With Joe Buck heading to ESPN to call out “Monday Night Football,” Dodgers TV voice Joe Davis would be Fox’s lead voice and call out the World Series. He plans to join John Smoltz on several of the network’s 17 regionalized primetime game Saturdays, the first of which is May 28. Fox will air Cubs at Sox that night, with Kasper on the call.

The Cubs are scheduled for four more appearances on Fox: June 4 against the Cardinals, June 11 at the Yankees, July 2 against the Red Sox and August 11 against the Reds in the “Field of Dreams” game. The Sox are set for two more games on Fox, which will also be called by Kasper: July 23 against the Guardians and July 30 against the Athletics.

The Cubs and Sox will make several appearances on FS1, but these games are not exclusive.

NBC’s streaming service will air 18 games exclusively on Sunday mornings, starting with the May 8 White Sox game in Boston, which kicks off at 10:30 a.m. It’s the only game in the package that will be simulcast on NBC. All other games will be available only on Peacock, which is included in most Comcast customer plans. The Sox make another appearance, August 21 in Cleveland, and the Cubs make just one, July 24 in Philadelphia. Both matches are scheduled for 11 a.m.

After airing second-half Sunday afternoon games for years, TBS will air a full season of non-exclusive games on Tuesday nights. The network released its schedule through June; the Sox will appear on June 7 against the Dodgers. Former Thornton Fractional South and UIC star Curtis Granderson is part of the TBS pre- and post-match panel. Brian Anderson and Bob Costas will share play-by-play duties, with Ron Darling and Jeff Francoeur as analysts.