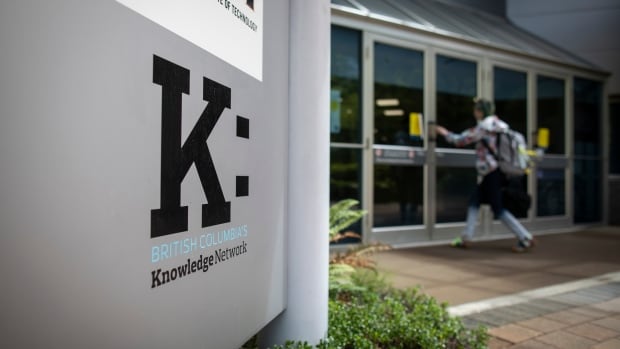 Knowledge Network has fired its longtime chairman and CEO, citing the need for the organization to ‘evolve’ after an audit this year found major shortcomings in the amount of production money being offered to colored producers in relation to whites.

The network confirmed the dismissal of Rudy Buttignol in a press release on Friday. The announcement did not directly mention the racial equity audit released in February, but did say the council was looking to expand.

“The board has determined that now is the time to renew as it considers the future and how best to move the organization forward,” reads the message from the network’s board of directors.

“The Board is looking for new opportunities to build on the success of Knowledge Network as the organization evolves and adapts to changes in the broadcasting industry and the changing needs of British Columbians.”

This year’s audit found that Knowledge Network spent more than 98% of its pre-licensing funding – the money set aside to launch original programming in exchange for the first broadcast rights – on production companies with what was described as “undiversified” owners over the previous seven years.

That left just 1.7% of the funding for production companies owned by people of color, and nothing for majority-Indigenous companies.

Knowledge Network, which has been BC’s free public broadcaster since 1981, is funded by an annual operating grant from the provincial government and more than 40,000 individual donors. Its commercial-free programming, available via cable and streaming, ranges from documentaries and dramas to children’s shows.

Buttignol told CBC in February he had “major reservations” about the audit’s findings, but acknowledged the network had “a lot of work to do.”

He said the network’s focus until last year was to look at diversity within a project’s creative leaders — directors and writers, for example — not ownership of a production company.

Buttignol’s audit and response sparked an open letter and a petition of several producers in British Columbia calling for its replacement.

“The board has clearly lost faith in Rudy’s ability to take on this transformational change,” Patel, who is not a co-author of the open letter, said in an interview Friday.

“Rudy has so much experience and so many connections in a really insular industry in Canada and so much knowledge. … If he could have done this job, it would have been very helpful in bringing racial equity to this organization.

“It would have been the best of both worlds…it’s a shame it turned out like this.”

Buttignol was president and CEO of the network for 15 years. The network said it would begin “a comprehensive national recruiting process” in July to find its replacement.

Patel said it was no small rental.

“They really should be focused on finding someone who has the qualifications for the racial equity mandate…as well as the pragmatics of hiring someone who fits the CEO role of a public broadcaster,” did he declare.

“They should be more careful than just going to a headhunter.”