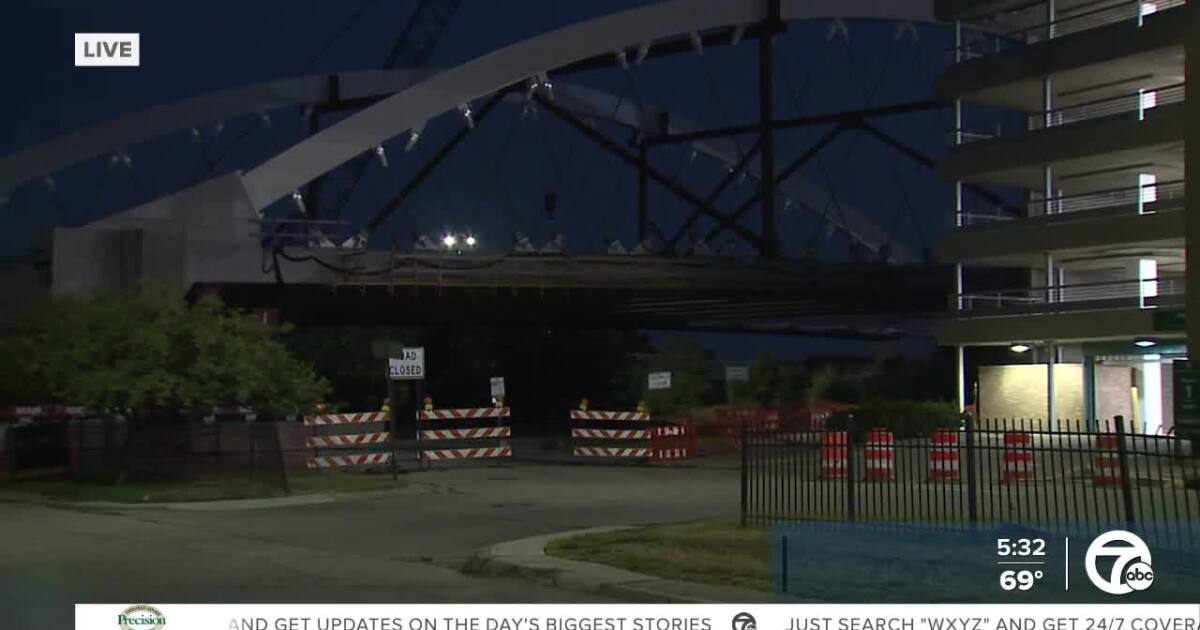 (WXYZ) – I-94 closed Friday morning in Detroit between I-75 and M-10 The Lodge for the next seven days as crews move the skeletal structure from the Second Ave Bridge. above the highway.

The new structure is the first grid-tied arch bridge built in the state of Michigan, with grid referring to the cables that are crossed from the top of the arch to the bottom of the driving surface.

This design, according to the Michigan Department of Transportation, eliminates the need for a central pier and will accommodate the future I-94/M-10 interchange.

Crews will move the skeleton of the bridge onto the freeway with self-propelled modular transporters, then an inspection must be carried out before the freeway can reopen. The bridge was closed for a long time as part of the I-94 modernization project.

“Are you excited to use the bridge once it’s in place?” I asked Tylim Bomds, who lives near the bridge.

“Yes, very very good. It will be much more convenient for people to get to work and also to get to school,” Bomds said.

Before the bridge can be used, there is still a lot of work to do.

The skeleton was built on the highway on the campus of Wayne State University. 38 platforms will roll the 5 million pound skeleton into place, moving inch by inch to create no damage.

The bridge cost $26 million to build and once in place, inspectors will make sure everything is secure.

“Then we begin the process of putting the driving surface in place to open the bridge to traffic, hopefully later this year,” Morosi said.

What makes the bridge unique is that there is no central pillar in the median. It is designed to be supported by cables. The reason? To allow space once MDOT begins construction of the M-10/I-94 interchange.

“We don’t need to rebuild the central pier and remove one in the future. It’s a cost saving even if the central pier doesn’t exist, and it allows us to build the highway and the interchange under the bridge,” Morosi said.

When the bridge opens, likely in December, it will have one lane of traffic in each direction, wider sidewalks and bike lanes.