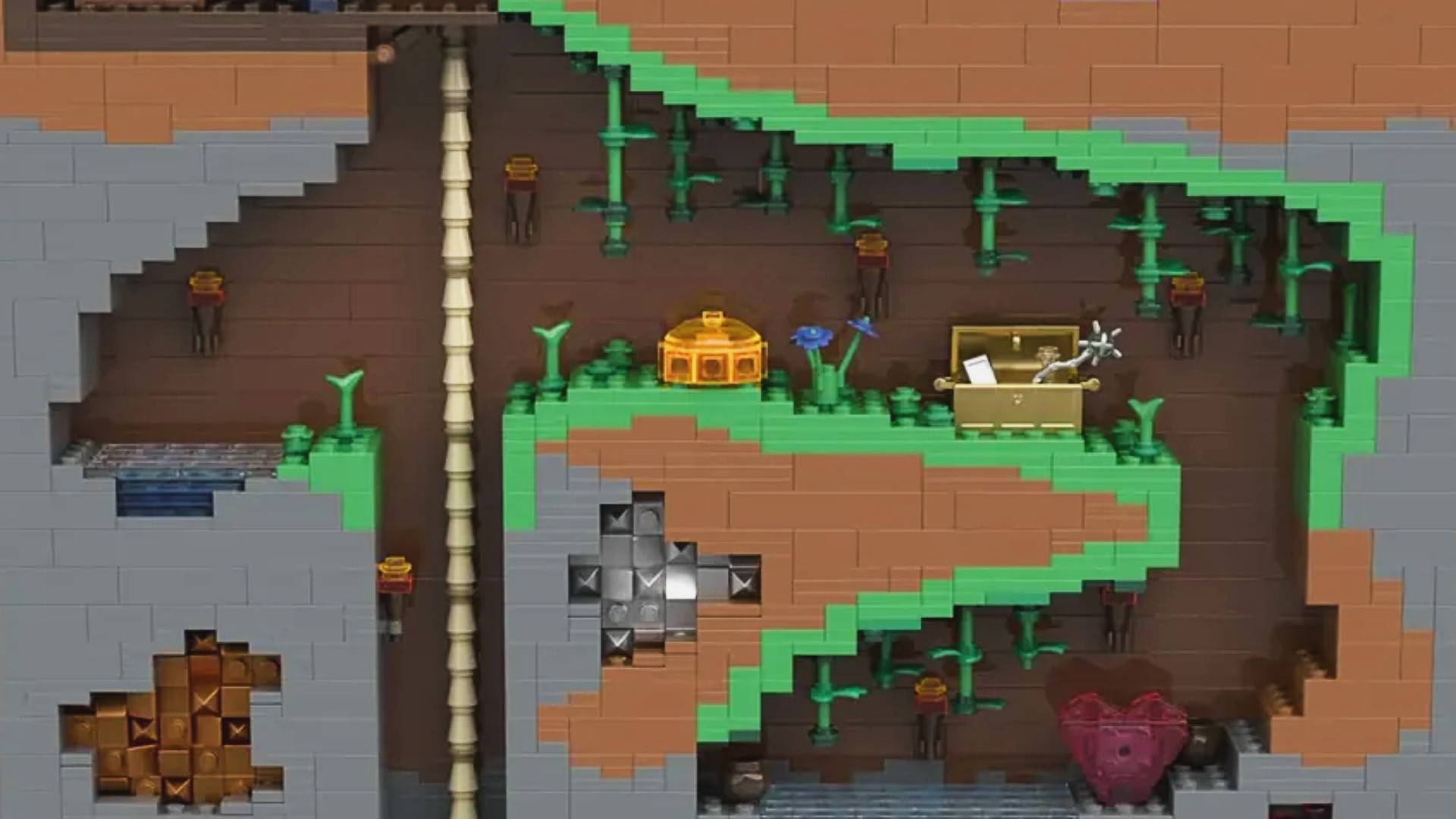 Lego projects are a common way for fans to express their love for a series, and now one person’s Lego Terraria set is being considered for official production after receiving the required support through the Lego Ideas program. While other projects such as a Lego Minecraft stop motion short and a custom Lego gaming PC could be one-off releases, this version of the 2D crafting game could now become a commercially available set – if it is approved.

JaoGosma’s 1,970-piece Terraria Lego idea, originally submitted to the program on January 28, has now hit the 10,000 supporters mark, making it eligible for expert review. If approved, Lego set designers will adapt the design into an official model, which will then be released as Lego Ideas. If this happened, the creator of the JaoGosma project would be eligible for a 1% royalty on net sales.

Although this set is based on licensed property, it’s fair game for applications to Lego ideas – as long as the intellectual property in question isn’t already partnered with Lego, or considered to feature a subject matter deemed too “inappropriate” for young Lego Fans. Some of the other ideas approved in the past include designs based on Ghostbusters and Sonic the Hedgehog.

The design features an above-ground house with two floors and a basement, with a shaft below leading to a network of tunnels below. The caves feature several recognizable Terraria items, including Ore Plates, an Item Chest, and a Crystal of Life.

JaoGosma says they were initially inspired by the aforementioned success of the Sonic the Hedgehog Green Hill Zone set, which was released in its official form on January 1, and feels that Terraria’s blocky structure makes it a perfect choice. for the Lego concept. We can’t help but agree.

If you can’t wait to see if this idea actually hits store shelves, someone else has been working on their own personal Lego Terraria build, complete with bosses and underground sections. Another, more tech-savvy fan of the indie game is recreating Terraria as a 3D game – and it’s pretty terrifying, quite frankly.