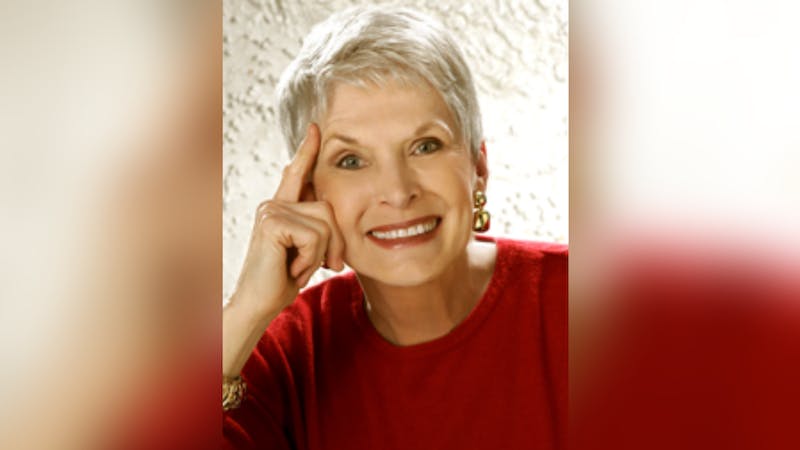 A native of Graham, Robertson was named Miss North Carolina 1963, where she began speaking as part of the title. While she originally viewed speaking as a way to earn extra money, she continued her education at Auburn University and eventually became a full-time professional lecturer in 1976.

Since her beginnings as a full-time speaker, Robertson has written four books, spoken in the White House, and served as president of the National Speakers Association. In 1989, Robertson became the first woman to receive the association’s most cherished honor, the Cavett Award, bestowed annually on a member “whose achievements, integrity and reputation bring honor to the NSA and to the profession of lecturer â€.

Robertson was elected to the Board of Trustees of Elon University in 2003. Since her appointment, she and her husband, Jerry Robertson or â€œLeft Brainâ€ as he was nicknamed by his fans, have made donations to fund renovations to Alumni Gymnasium in 2010, the athletic complex which is named in their honor and supported the development of the Schar Center. Jerry Robertson died in June at the age of 83.

The Robertsons were recipients of the Southern Conference Distinguished Service Award in 2007, which recognized their contributions to Elon athletics. In addition to being the mainstay of university sporting events, the couple have endowed with multiple scholarships. They also received the the university’s highest honor, the Elon Medallion, in 2017.

Details of the celebration of life and an obituary will be posted on his Twitter page at a later date, according to a recent tweet.

“We’re sure – Jeanne is now telling stories in Heaven, all the angels are laughing and Left Brain is in the back with a big smile,” read a tweet from her account.