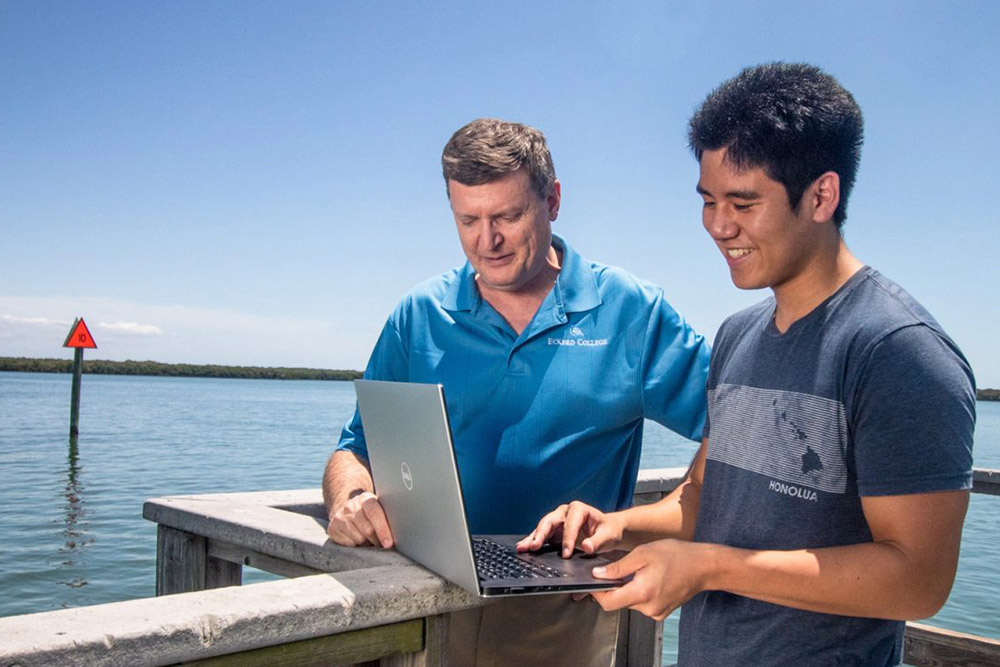 And Mike Hilton, Ph.D., assistant professor of computer science, has developed software used in research on frogs and gopher turtles. He released it as open source, so that other wildlife researchers could work with him.

Over the past 20 years, Debure has supervised dozens of Eckerd students who have maintained and improved DARWIN (digital analysis and recognition of whale images on a network). This software, originally implemented under the direction of former Eckerd faculty member John Stewman, has been downloaded thousands of times. It is designed to help researchers identify bottlenose dolphins, but it has also been used by research groups on long-beaked dolphins, fin whales, basking sharks and other related species.

The nicks and notches along the edge of a dolphin’s dorsal fin, along with the scratches and other marks an animal acquires, are features that can be used to uniquely identify a dolphin, Debure explains. DARWIN uses the edge marks to compare the dorsal fin contours for similarity.