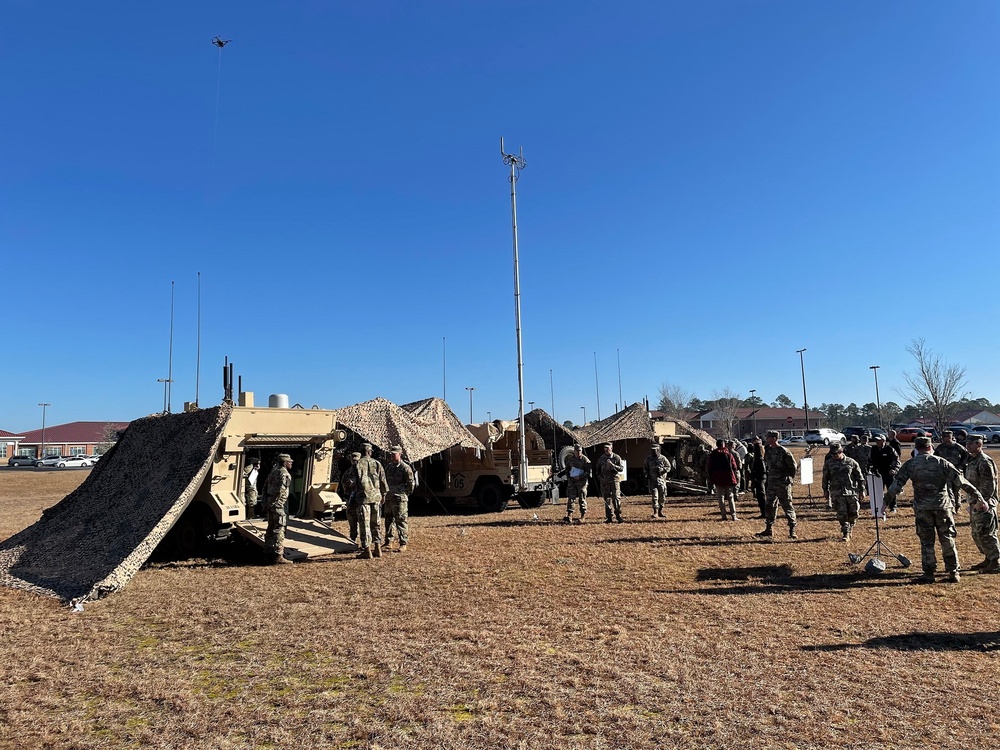 Each set of equipment enabled different combinations of network communications, both in motion and at rapid stop, to improve command and control of distributed and dispersed operations, as well as survivability and lethality.

“We know that on the future battlefield, you must fight in a dispersed and distributed manner,” said Major General Charles D. Costanza, commanding general of the 3rd Infantry Division and Fort Stewart. “Even the brigade’s tactical operations center located here [for this pilot], which is very small, is still too large, and therefore this capacity would allow us to fight in a more distributed and dispersed way. And then with the future modernization efforts that we are doing with the vehicles, for example AMPV [Armored Multi-Purpose Vehicle]you combine these two abilities, I think it will really improve our ability to fight and survive in the future battlefield.

Each Pilot Week, a different Spartan Brigade battalion highlighted and rated one of the gear sets in realistic, brigade-designed mission threads, during and after which the Army collected feedback and data from pilots. assessment of soldiers.

“One of our major areas of modernization focus is really about the network and how we enable future combat through speed, range, and convergence,” said Maj. Gen. Robert M. Collins. , program executive officer for command, control and tactical communications.

During media day, a handful of Washington reporters from defense and technology news outlets and a regional news station came in on Tuesday, Feb. 8, to ask questions and talk to US officials. acquisition and commissioning of the network of soldiers and the army on the various sets of equipment. The next day, modernization stakeholders from various U.S. Army program executive offices, cross-functional teams, training and doctrine commands, science and technology organizations, and other senior Army leaders had a similar opportunity to talk to soldiers and exchange ideas on the network. modernization of armored formations.

Media and distinguished visitors first spoke to soldiers at a static display that highlighted two of the sets of equipment, then headed to the training area to speak to soldiers employing the third set of equipment. equipment.

“They [the Soldiers] really been able to assess each of the gear sets,” said Col. Terry R. Tillis, commander of “Spartan Brigade,” 2nd ABCT, 3rd ID. “At the end of the day, if we can’t integrate current capabilities, and it’s not simple enough for our end user, that’s something we don’t want. But the general feedback we received [is that] it’s easy to use, it’s expeditionary, and allows us to maintain a much smaller command post signature, which will help us increase our survivability.

Soldier feedback combined with qualitative and quantitative assessment data will inform the design and concept of the Army Capability Set 25 Armored Training Network, from division to battalion level. The final set of OTM network solutions for armored training will enable more efficient and less predictable offensive and defensive operations and increase the lethality of army armored units.