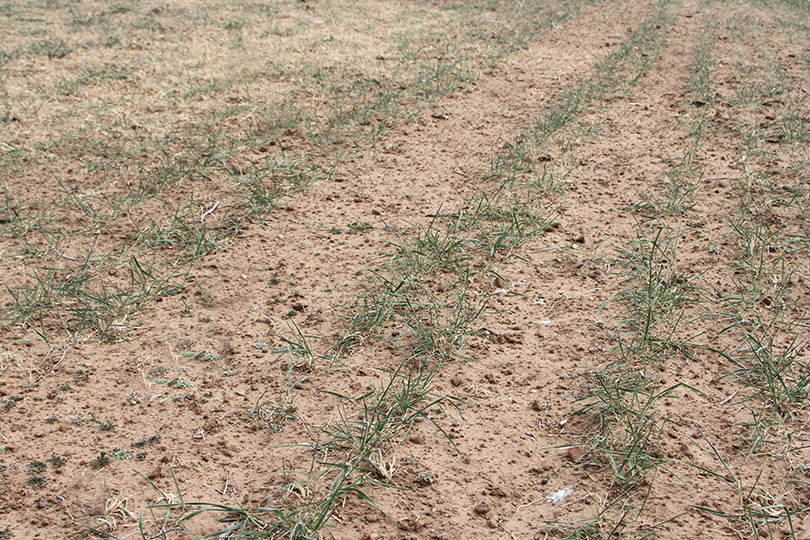 Winter wheat conditions are not improving across much of the state, according to the latest crop report from the U.S. Department of Agriculture (USDA).

The report, released Feb. 28, shows winter wheat conditions in most parts of Texas are rated as very poor to poor.

Farmers and ranchers across the state are facing similar drought conditions, with the US Drought Monitor showing that more than 75% of the state is experiencing some level of drought.

“Persistent drought conditions are having an effect on crops, pastures and livestock reservoirs. Some areas haven’t seen much measurable rainfall this year,” said Brant Wilbourn, associate director of product and regulatory activities at TFB. “This will impact yields for wheat growers and could lead to fewer seeds being available next fall.

The Texas Crop Progress and Condition Report indicates that 54% of the wheat crop is rated very poor, 21% is rated poor, 17% is rated fair, and 8% is rated good.

In central Texas, wheat fields planted earlier are expected to start emerging soon, while other fields are reaching the flag leaf stage. The wheat crop in the south of the state is facing a lack of moisture.

Wheat fields in Coastal Bend are holding up, but rain will soon be needed to help the harvest. North Texas wheat fields are mostly rated fair to good, according to a Texas A&M AgriLife Extension district reporter.

In the far west of Texas, wheat fields are almost non-existent except for irrigated fields that have not failed. However, irrigated wheat is still in poor condition as irrigation has been limited.

Wilbourn noted that a windstorm also destroyed wheat fields in the Texas Panhandle in mid-December.

“It’s been a tough growing season for this wheat crop,” Wilbourn said. “Farmers and ranchers in Texas could benefit from a good driving rain, especially early in planting.”

Which pharmatech startups will be present in the MedCity INVEST Pitch Perfect competition?

State of the Union: Fox News is the most-watched network, tops all cable and broadcast options