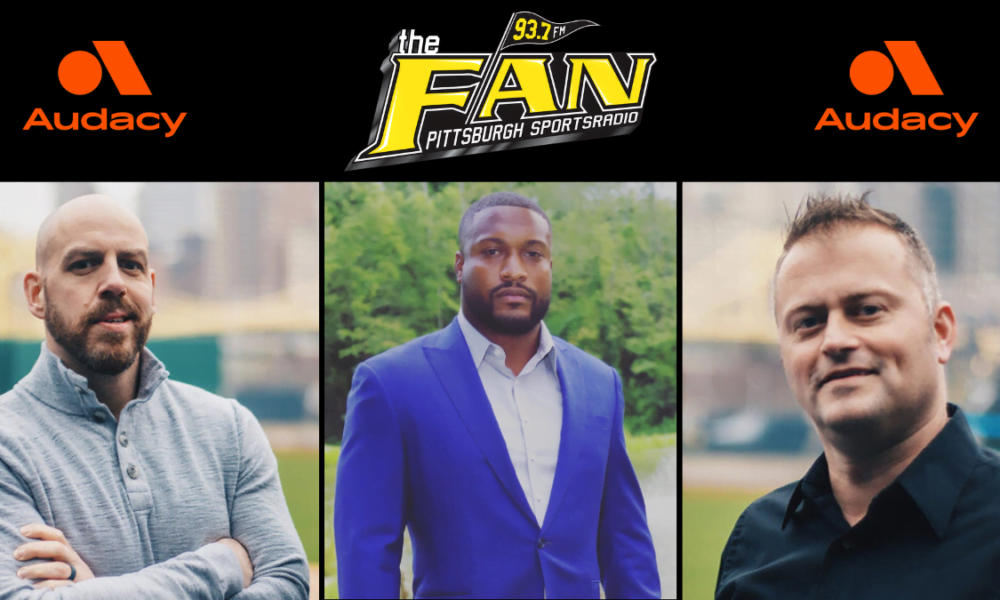 93.7 The Fan adds a player’s perspective to morning training. The Pittsburgh sports talk leader revealed today that former NFL veteran Dorin Dickerson is joining ‘The Fan Morning Show’ alongside Colin Dunlap and Chris Mack. The trio will start working together from August 1.

“It’s always great to see someone grow within our organization, and over his time in various roles with us, Dorin has truly become a host who can entertain on topics way beyond the realm,” said Michael Spacciapolli, Vice President and Market Director. by Audacy Pittsburgh. “As a former All-American in Pitt and an NFL player, Dorin has a perspective that our listeners truly appreciate and we are extremely thrilled to welcome his thoughts on the world of sports and all things Pittsburgh to ‘The Fan Morning Show “every day.”

Dickerson’s football career began in the AP West. He was All American and Pennsylvania High School Player of the Year in 2005 at West Allegheny. He went on to play for the University of Pittsburgh and was a first-team All American tight end in 2009. Then he had the opportunity to perform at the highest level, entering the NFL as a draft pick. seventh-round draft pick from the Houston Texans in 2010. Dickerson would play six seasons in the league, spending time with the Pittsburgh Steelers, New England Patriots, Buffalo Bills and Tennessee Titans.

“Excited is an understatement…I didn’t know what my goal was after retiring from the NFL,” Dickerson said. “Five years ago I found myself sitting in the 93.7 The Fan studio doing a three hour show and immediately fell in love with sports radio. This opportunity wouldn’t have happened if Larry Richert didn’t hadn’t trusted me and passed on my name to the station. I can’t thank Michael Spacciapolli and brand manager Kraig Riley enough for giving me the opportunity of a lifetime. I plan to ‘Bringing positive energy, experience and fun to “The Fan Morning Show” I can’t wait.

Since February 2017, Dickerson has worked as on-air talent for The Fan. His addition to the morning show adds a new dimension and valuable insight into the field that should make an already successful show even better.