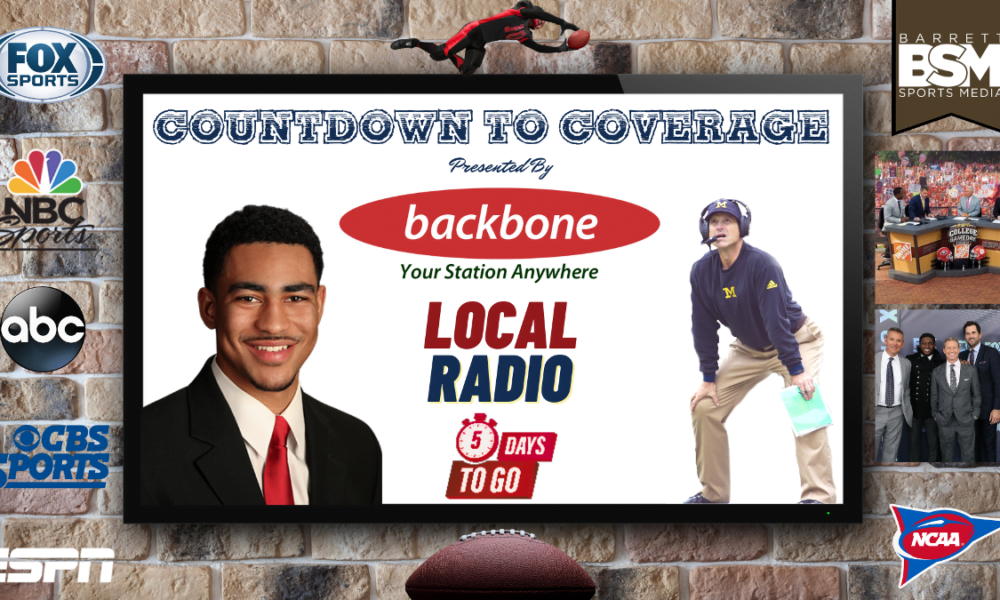 After the zero week appetizer, college football is in full swing this week. As a resident fan of a Big Ten school, who lives near the middle of the heart of the Big Ten, I can’t help but ponder one question: Why didn’t the Big Ten Network create its own Paul Finebaum?

I will turn it on Big Ten Network Saturday to watch North Dakota take on Nebraska – just to see how long it takes to be puzzled to land on Scott Frost’s face – and it will be the second time I’ve turned on the channel since Friday, March 11 and the quarters finals of the Big Ten basketball tournament. The only other time the chain has been at the forefront of my mind was when USC and UCLA made the jump to conference earlier this summer.

That’s it. Five and a half months without even thinking of turning on the channel, apart from one of the greatest college sports stories of all time.

In an ever-escalating “war” for the media rights, marketing, notoriety, and publicity of college football, I just can’t understand why the Big Ten Network hasn’t tried to make their version of The Paul Finebaum Show. Having nothing of note on your TV channel for five months, in a college sports landscape where your biggest competition is programming relevant hours daily, seems like malpractice.

As just a sports fan in general, I will activate The Paul Finebaum Show on the SEC Network periodically just to see what’s going on around the SEC that day or week, hear what callers are thinking, and generally enjoy the conversation. I will also compose Marty and McGeeas fun as a radio/TV simulcast can be, which also airs on the SEC Network.

Meanwhile, on the Big Ten Network, they’re streaming Big Ten Classics Nebraska games that took place while the school was a member of the Big 8 and StudentU field hockey broadcasts.

I understand summer programming, up to a point. There are 168 hours in a week when you need to have moving images on screen, but it’s easy to squeeze in a nice 20 hours a week with a radio/TV simulcast that talks strictly about your – now 16 – institutions.

I find it hard to believe this wouldn’t benefit the conference, cable network and radio stations in the Midwest, and now the East and West Coasts. I’d be hard pressed to think that 101.7 The Hammer in West Lafayette or KXIC in Iowa City, or WLVN in Olney, Illinois wouldn’t like to air the Big Ten’s version of The Paul Finebaum Show.

Paul Finebaum, whom Brady Quinn recently referred to as the “SEC Thumper”, was the sports radio show in the South for more than two decades. There are few radio stations in the south, sports or not, that wouldn’t like his show to air on their station. It is simply a question of fact. And yet the Big Ten Network apparently has no interest in building something similar.

I may have misjudged the request. One of the biggest gripes Big Ten fans have with the SEC is their “It Just Means More” motto. And it’s easy to see the grudge. 50% of all college football fans follow 16 schools. Four of those schools — Ohio State, Penn State, Michigan and Wisconsin — are in the top 16, according to research commissioned by the NCAA. Now in full disclosure, seven of the 16 schools are in the SEC, but the point still stands. There is obviously a demand for constant discussions about college football and basketball.

Maybe I misjudged the lack of slam dunk talent to host the show. An obvious choice doesn’t come to mind at the moment (if Francois McGillicuddy is reading this, may your people get in touch with mine). Maybe the Big Ten East and Big Ten West are such different divisions that a conference-wide show wouldn’t run 12 months a year.

Maybe I didn’t consider that FOX Sports – majority owner of the Big Ten Network – and iHeartMedia’s ability to work together to create a radio/TV simulcast that would air in the Big Ten markets and also air on the wired network. They worked together, of course, in other areas. Why not this one?

Maybe I didn’t consider the Big Ten Network’s appetite for creating a relevant show. Maybe it’s just not something they want to add to their lineup. Whether it’s budget-related, whether it’s a behind-the-scenes effort they don’t want to undertake, or maybe they just don’t believe such a show would be profitable. It sounds like you don’t care about your audience or the programming you create, but that’s their network. They can do whatever they want. But letting your main rival own some of the media and the most important narrative certainly feels like a missed opportunity.

And maybe, just maybe, it is the reason the Big Ten Network didn’t create its own Paul Finebaum.