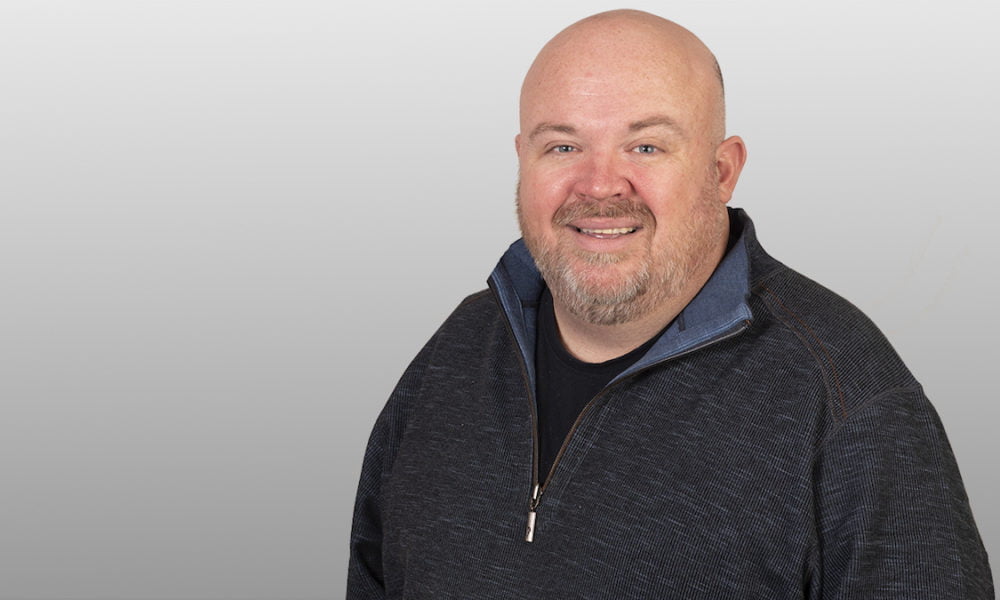 Chris Carlin is ready for the national stage on ESPN Radio

Throughout his journey as a sports talk show host, Chris Carlin has carried a personal motto with him to every job he’s had.

“I’m going to thrive if you let me be an idiot,” said Carlin, who will team up with former NFL defensive end Chris Canty for ESPN Radio’s new national afternoon show starting April 25.and.

Carlin is all fired up and a big reason for that is that his new partner should be able to embrace his personal motto.

“I think he can put up with my stupidity and that’ll be where he earns his paycheck to be sure,” Carlin said.

All kidding aside, Carlin is looking forward to this new opportunity on the national stage. He has been the local evening host on ESPN Radio’s New York affiliate since 2019 and prior to that he was a host on WFAN Radio in New York, host and presenter for Sports Net New York and also had a brief stint in as a sports talk show host. at the WIP in Philadelphia.

It was at ESPN New York 98.7 where Carlin and Canty first got a chance to work together a bit. From the start, Carlin sensed that this could eventually be a full-time partnership.

And he was right because in his mind, Canty “gets it” when it comes to great radio.

“He’s incredibly smart and engaging and understands what sports radio is all about,” Carlin said. “I’m just really impressed with him. I felt like the first few times we did solo gigs together, there was something there. The people at Bristol agreed, so I was really excited when they offered me the job and I’m delighted to work with him. It’s an incredible opportunity.

It’s one thing to host a daily sports talk show in New York for a local audience, but it’s another thing to then entertain a national audience with a wider range of topics. The daily conversation won’t just be about how Yankees manager Aaron Boone handles his roster and bullpen, who the Jets are going to take with picks 4 and 10 in the NFL Draft and what direction the Knicks are going to take in the off-season.

As a network host, Carlin will have to appeal to everyone across the country and have his finger on the pulse of national intrigue.

“You have to make it that engaging and smart and give people angles on the big stories of the day that they haven’t necessarily thought of,” said Carlin, a two-time New Jersey Sportscaster of the Year Award winner.

“It’s definitely a different kind of sports radio, but it’s still something where it’s just a medium for me where you can really have fun, you can get people thinking and hopefully you connect with them.”

And teaming up with Canty, Carlin thinks listeners will appreciate the product.

“Chris and I are two guys who are extremely passionate but don’t take themselves too seriously,” Carlin said. “I think I hope that will resonate with the fans.”

Something that definitely resonates with domestic sports fans is college football and Carlin will have no problem ticking that box. He has been on the Rutgers Football broadcast team for twenty years and has been the play-by-play voice of the Scarlet Knights for the past 17 seasons. Carlin called college football games nationally for ESPN Radio and he was also a host on the Sirius XM college channel.

Carlin’s experience with college football will definitely be an advantage for him with the national spectacle.

“I obviously know the Big Ten very well right now and I’m all nationally,” Carlin said. “I’ve been a Heisman voter for several years, so you always pay attention to whatever’s going on. It’s always been something I’ve paid a lot of attention to. »

In addition to working, Carlin has been called up to college football on Saturdays, but he still spends a lot of time watching late night games on TV with his wife Sheryl.

“My wife is from the West Coast so we watch a lot of Pac 12 football and basketball,” Carlin said. “I come home from a game and we lock ourselves in Stanford against USC.”

Carlin’s rise within the ESPN family is the result of a difficult day in his career a few years ago.

Early in his career, Carlin joined WFAN Radio in New York as a producer and eventually produced the iconic Mike and the mad dog Pin up. Carlin has also anchored sports reporting on Morning Imus and Boomer and Cardboard while also serving as a backup weekend host. After his time with SNY and WIP, Carlin returned to WFAN to co-host CMB with Maggie Gray and Bart Scott, but things didn’t go as planned.

One day in December 2019, Carlin was dropped by WFAN.

“It was amazing,” recalls Carlin. “They called me on one of the worst days of my life. You get fired from a job and half an hour later they’re on the phone saying ‘when can you start?’

Less than three years later, after a few replacement stings and other network opportunities, Carlin is now set for a full-time national gig with ESPN.

“Those four letters are everything in the sports world,” Carlin said. “For me, it was incredibly exciting to have opportunities to do things for the network and build something there, and now having this chance to be on the network every day is something that if you you’re in this business you never know will ever be in the cards but boy it’s a pretty special feeling.

And it will certainly be a special feeling for Chris Carlin, a self-proclaimed “idiot” to bring, in his own words, his “silliness” to his new show with Chris Canty.

This is something that has worked for him in the past with great success.

“The places that allowed me to do that…we were able to do that and I was very lucky,” Carlin said. “I’m super excited. Chris has been amazing and Amanda Gifford and Justin Craig and everyone at ESPN have been absolutely amazing so I can’t wait to get started.

He won’t have to wait long. The new show debuts in just one week.

Barzal des Isles fined $2,500 for catching Marner on the bench