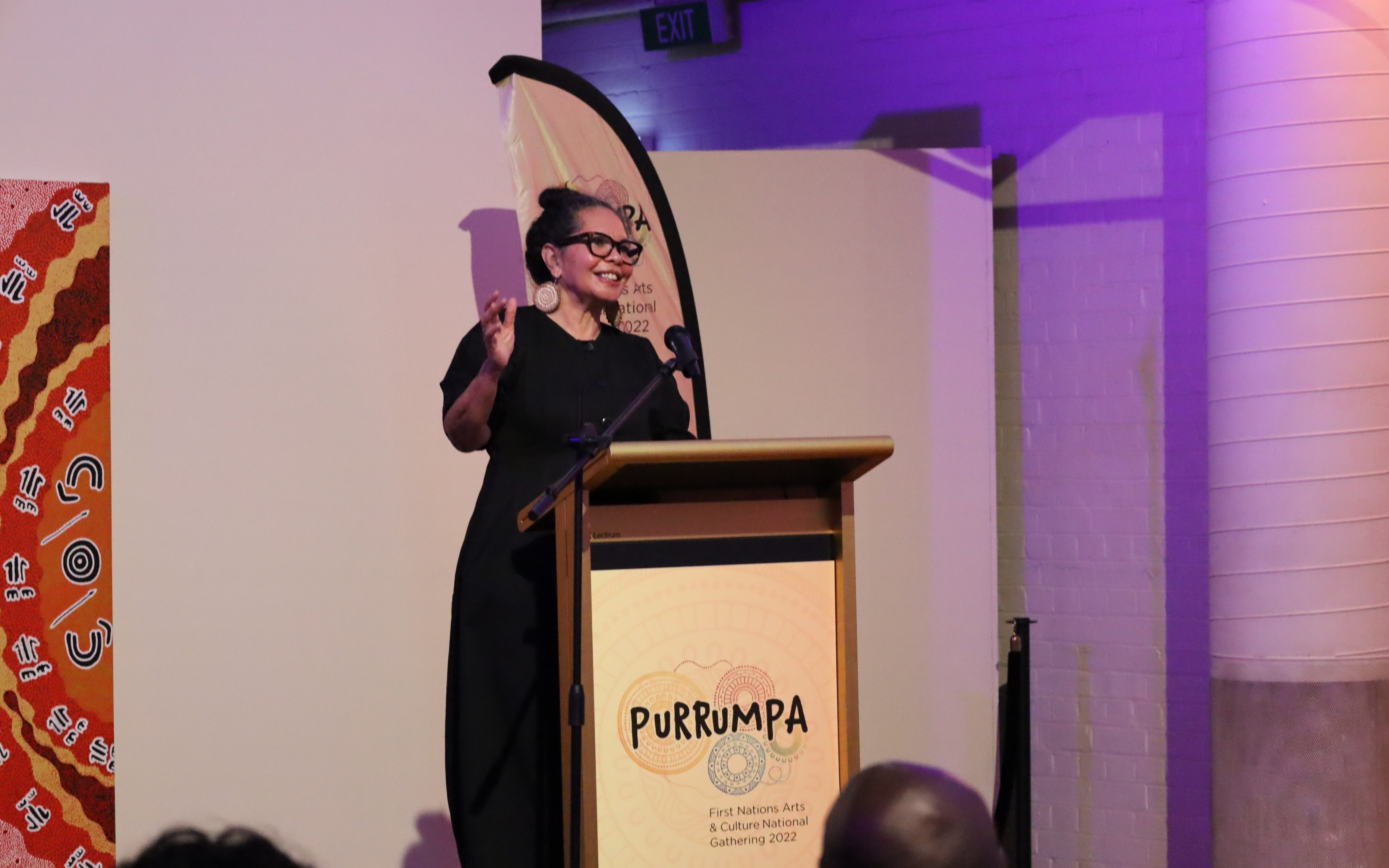 A national organization for First Nations arts and culture

In 2018 and 2019, the Australian Council responded to calls from industry participants to advance the idea of ​​a national body for First Nations arts and culture with the working title “National Arts and Culture Authority”. (NIACA)”.

This was followed by sectoral and national consultation, involving surveys, forums, regional summits and youth and industry roundtables. Over 500 First Nations people attended the forums and the results of the consultation were published in a new report titled “Bringing It Forward”, which was launched at the recent Purrumpa: First Nations Arts & Culture National Gathering 2022.

Franchesca Cubillo, Executive Director of the Australia Council, said in her keynote address: “Our arts, our culture and our knowledge have been passed down from generation to generation for thousands of years. It is about advancing it, preserving and caring for our cultural heritage and the journey of those who have gone before us.

“The discussion on a national body is far more important than the recent NIACA consultation in 2018 and 2019. It has a long history and is inextricably linked to broader conversations about the protection of Indigenous Cultural and Intellectual Property (ICIP) and First Nations self-determination. Arts and culture. Some of these discussions have circled in circles over the past 50 years and are now gaining momentum, presenting us with an important opportunity at this time in history.

Highlighted priorities for a national body

‘Move forward’ outlines key findings, which underscore a strong call for a First Nations-led arts and culture organization at the national level, and the importance of what the report describes as a “non-hierarchical structure that reflects First Nations cultures Nations as ‘an assembly of nations’.

Survey respondents had very strong feelings about the protocols around consenting to the use of cultural material and providing guidance to strengthen CIPI.

Cubillo continued, “Research shows how high the burden of consultation around ICIP protection has been with very few results. It is essential that all future discussions build on previous consultations and collective efforts, and learn from the challenges encountered along the way.

“There was strong support for advocacy on issues such as legislative changes and awareness campaigns. Participants emphasized that cultural appropriation is an issue that goes beyond the visual arts market. It crosses art forms and cultural spaces, and is also practiced by other First Nations peoples.

The report also tracks historical developments to inform present and future decisions, including the rise and demise of former national bodies such as the National Indigenous Arts Advocacy Association, which failed to effectively govern fake Aboriginal art and was removed in 2002.

The path to building a national body also raises concerns about funding requests in an already oversubscribed sector, as well as the delegation of power and authority.

Cubillo said, “Some thought ‘authority’ was a totally wrong concept. Several forums have discussed the challenges around a NIACA policing culture among First Nations peoples and in trauma spaces.

What is clear is that “a national body must be led and managed by First Nations where sovereignty and self-determination are the key themes,” she added.

A vision on the way forward

Many participants in the report shared their vision of the national organization. A suggested proposal, ‘[The] the first step is simply to provide resources to organizations [that] already exist to come together and form NIACA. An alliance and network with existing organizations could also avoid the risk of duplicating what has already been done or competing with other nonprofits.

The national body would then be able to function as a referral agency that helps connect the network comprising the First Nations arts and culture sector with industry and government, where decision-making occurs at the local and regional, before being amplified on a national scale.

While a collective voice is important, the national body should also be careful to avoid homogenizing diverse experiences.

The other function a national body could have is to help sector members navigate communities, networks and services – a two-way connector and coordinator for sector members and higher governing bodies outside this one.

Cubillo concluded: “Although there were different ideas about the specific priorities and tools that a national body would use, which might change over time, there was consensus on the core values ​​of a national body. : self-determination, empowerment, connection and amplification of assets, growing opportunities and the protection of cultural and creative rights for future generations.

The entirety of “Getting Things Done” report can be downloaded from the Purrumpa Australia Council website.

Sump or civility? Elon Musk’s Twitter at a crossroads

The Packers take on the Cowboys at Lambeau Field