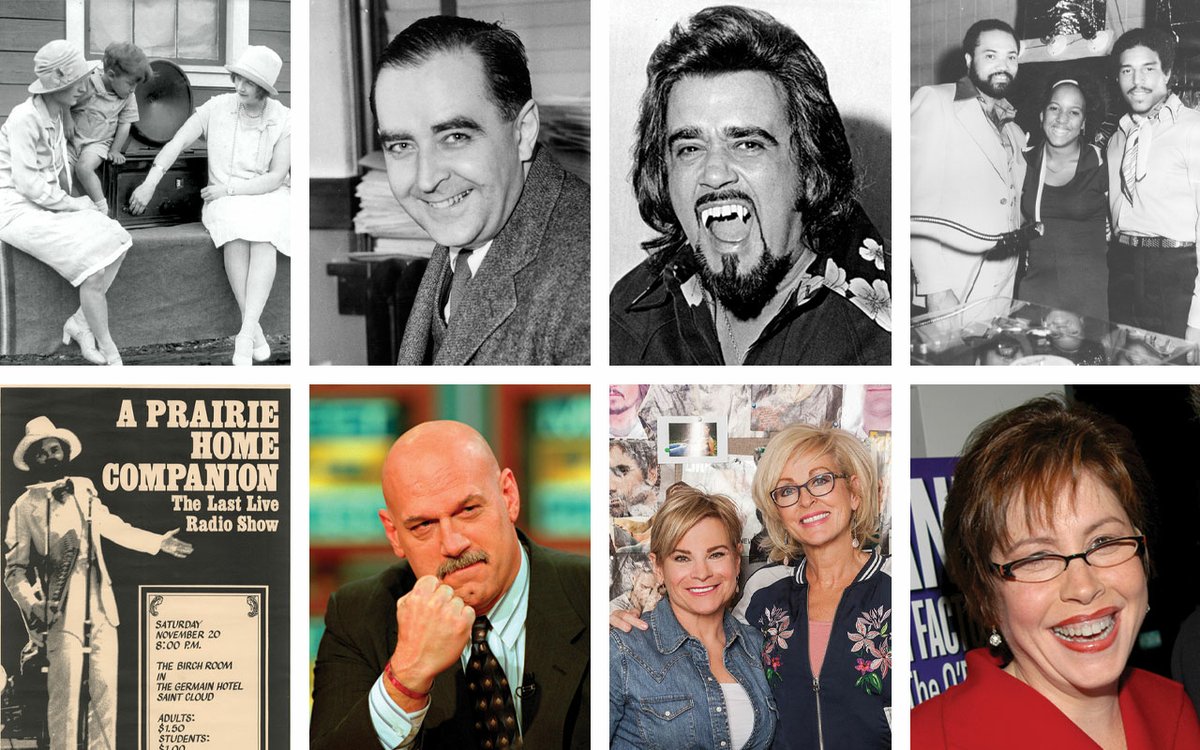 A brief history of radio in MN

WLAG, the city’s premier commercial radio station, airs at 9 a.m. on the sixth floor of the Oak Grove Hotel. Two years later, the Washburn-Crosby mill bought the station and changed its letters of appeal to WCCO.

Stanley Hubbard Sr.‘s KSTP has the largest information service in the country with the largest library west of New York City. Hubbard equips his own car with sirens and lights so he can beat his own reporters at crime scenes.

WCOW abandons her cowbell and Western music for a short-lived “women-centered format” (though it’s run 100% by men) before finally embracing the Top 40 and changing her letters. call in KDWB.

Stepping up his battle with WDGY for second place (behind the powerful ‘CCO), KDWB becomes the first station in the country to be fined by the FCC for violating its license by blowing up its full 5,000-watt power after sunset.

WCCO Cedric Adams– about which an airline pilot once said, “I knew when his 10pm news was over because I could see the lights going out across the state” – is silent after 30 years, dying of a heart attack.

Jack the Wolf Man, whose national rock show is powered by the 250,000-watt XERF in Acuña, Mexico, purchases KUXL, an R&B station in Golden Valley. Jack moves to Minny and begins recording his show at KUXL, shipping his tapes to Mexico every day.

KSTP Steps away from his conversation format and fires Steve Cannon. The cannon mess moved to WCCO, bringing with him imaginary friends Morgan Mundane, Backlash LaRue and Ma Linger.

KMOJ, the People’s Station, begins broadcasting from Glenwood-Lyndale housing projects in northern Minneapolis. At first, its signal can only be heard a few blocks away, and only during the day, but musicians like Prince and Morris Day are listening.

Keillor garrison cancels Companion of the House of the Prairies, the old-fashioned radio show that grew up MPR from a university station to a national network, and exile in the native Denmark of his new wife, Ulla Skaerved. To the misfortune of many, he did not stay.

Howard stern arrives in the hot twin cities, talking about the stupidity of the leader of sustainable evaluations, The KQRS Morning show. Stern is no match for our own provincial master, Tom Barnard, and leaves the market after a year.

Jesse “The Body” Ventura takes a break from her morning talk show on a sports station KFAN for a ridiculous race for governor. Ventura actually wins, leaving his warmer seat, Paul “Voice of the Minnesota Vikings” Allen, to hold his place for 23 plus years.

False Nipple Suppliers Lori Barghini and Julia cobbs get their own show on Hubbard’s myTalk107. Lori and Julia add their names, like Boone and Erickson or Knapp and Donuts, to the radio duo’s pantheon.

St. Olaf sells their 37-year-old classic station, WCAL, to MPR, who in turn hires a group of alternative rock veterans REV105, like Mary Lucia and Mark Wheat, for their foray into less boring music radio, The stream.

In January, Minnesota’s oldest (and still coolest) radio station, KUOM-known as Radio K since its 1993 merger with WMMR — will celebrate the 100th anniversary of the first federal license issued to a Minnesota radio station.

How to benefit from corporate pledges to minority companies