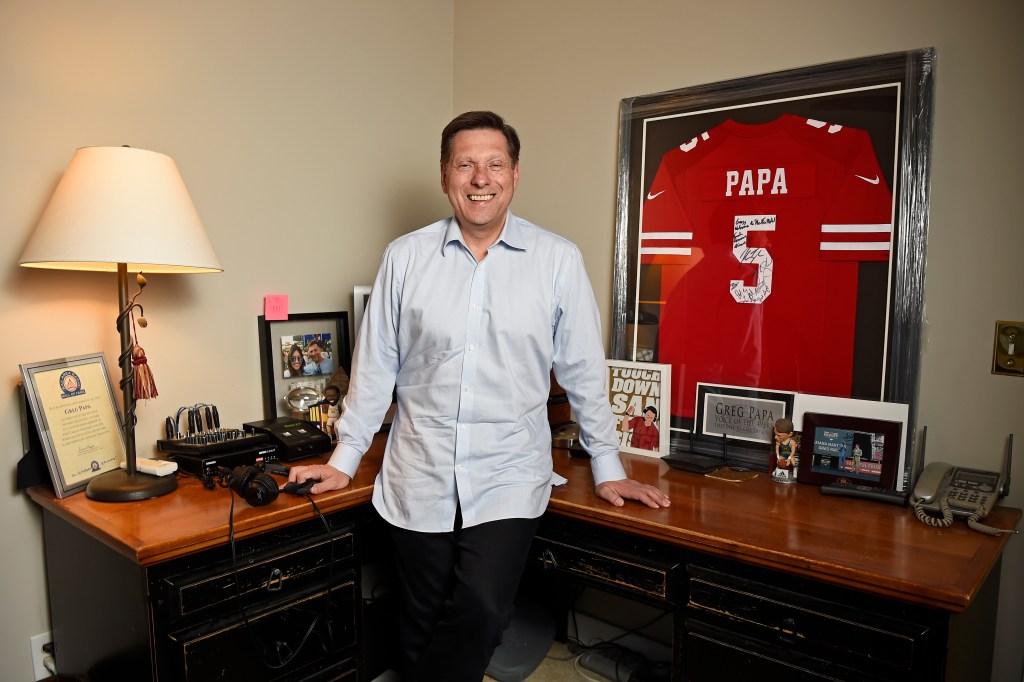 The 49ers have several extension candidates still awaiting a deal with a few weeks before training camp.

But Thursday, it was not Deebo Samuel or Nick Bosa who finalized and signed their extension. It was Greg Papa, the team’s play-by-play radio broadcaster.

The longtime Bay Area sportscaster signed an extension to remain the voice of the 49ers through the 2028 season, locking him in for the next seven seasons. Dad joined the 49ers in 2019 after 21 seasons as the radio voice of the Oakland Raiders.

“Our team has had some incredible games, plays and moments on the court over the past few seasons, much of which has been accompanied by memorable calls from Greg Papa,” said the 49ers team president, Al Guido, in the press release announcing the extension. “His voice has become synonymous with our organization, and we are delighted to welcome him back to our radio booth for years to come.”

The 49ers also added Lindsey Pallares as a team reporter, a position that was vacated by Keiana Martin when she left for MLB Network. Pallares had been at a Sacramento television station and had previously worked in Colorado, Green Bay, Wisconsin and San Diego.

But Papa’s extension is the big news, which further benefits both the 49ers and KNBR, the team’s flagship radio station where Papa hosts the show from 10 a.m. to 2 p.m. week.

Dad, 59, has been in the Bay Area since 1986, when he became the voice of the Golden State Warriors. He has called games for five of the Bay Area’s seven major professional sports teams, spending 12 years calling games for the Warriors, 14 years on the A’s, 21 on the Raiders, five seasons on the Giants and now three seasons – with the contract to reach 10 years – on the 49ers.

It’s unclear yet whether Dad will try to add the Sharks or the Earthquakes to his resume. But he won’t be able to work weekends from August to January – or potentially February – any time soon.